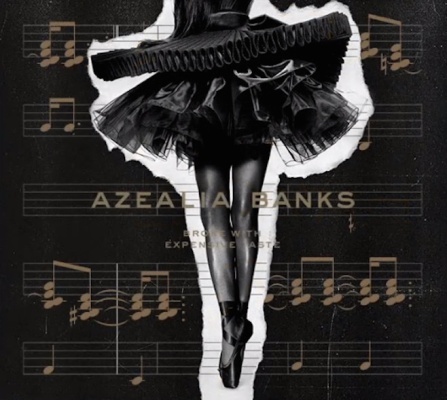 Azealia Banks’ long in the making debut LP Broke With Expensive Taste has finally arrived. “212” brought Banks to a wide audience in 2011, serving as one of the year’s greatest singles. The following years have seen the release of the 1991 EP and the Fantasea mixtape.

As much as her music has made headlines, her very public Twitter confrontations (including with another rising MC, Iggy Azalea, and electronica acts Disclosure and Baauer) threatened to derail the obviously gifted artist.

Thankfully, Broke with Expensive Taste is as good of an album as we could have expected after hearing “212” for the first time, and maybe better. Check out the opening “Idle Delilah” for proof. Get the album at iTunes now, or stream it on Spotify.